Skip to content
You are here
Home > News > India has not officially conveyed plan to seal border: Pakistan 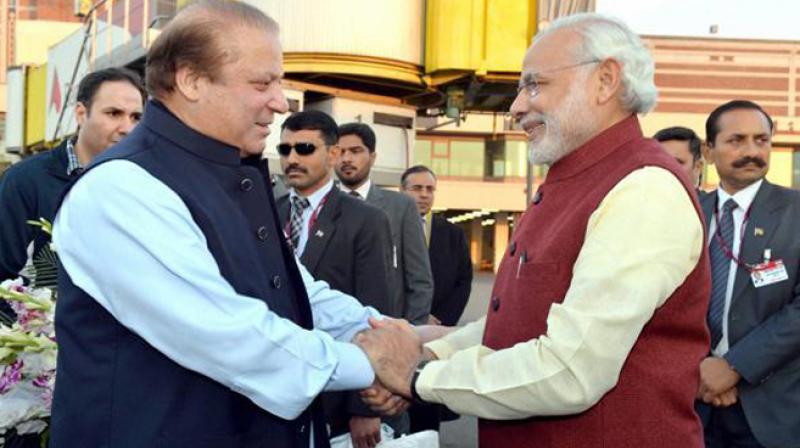 Lahore: Pakistan Foreign Office spokesman Nafees Zakaria has stated that New Delhi has not formally conveyed any plans to Islamabad to completely seal its border with Pakistan by December 2018.

According to Dawn, when asked to comment on Indian Home Minister Rajnath Singh’s remarks that India would seal the border with Pakistan completely by December 2018, Zakaria said, “we don’t have the details.” He further said that on the one hand the Indian government talked of establishing a peaceful neighbourhood, and on the other, their actions contradicted their claims.

Zakaria expressed his regret over India not sharing evidence on the Samjhota Express incident, despite India’s commitment to do so and claimed that the world knew that the attack, which killed mostly Pakistanis, was carried out by “RSS and Abhinav Bharat’s operatives”.

Highlighting the Kashmir issue, he re-iterated that Pakistan would continue to raise the human rights situation there at all bilateral and international forums.

Reacting to Indian Defence Minister Manohar Parrikar’s statement that the Indian government has no intention of providing proof of the surgical strikes claimed to have been carried out by the Indian Army across the LoC, he said that India was “desperate to divert attention of the international community from grave human rights violations” in Kashmir.

Zakaria emphasised that Pakistan was not facing international isolation and was very much engaged in world affairs, adding that a number of multilateral events and high-level visits are taking place in and out of Pakistan.

Best Banks With The Highest Interest Rates In India