Kangana is currently in US shooting for ‘Simran’ and met with an accident on her way back to hotel. 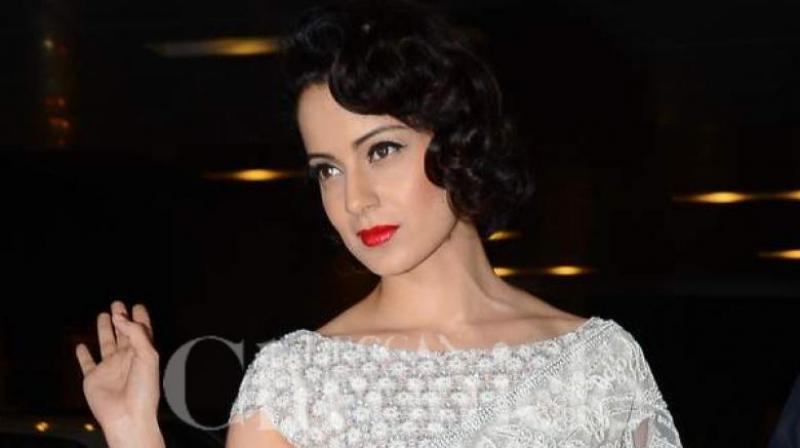 Mumbai: The accident took place on October 12 while she was on her way back to hotel from the sets of Hansal Mehta’s ‘Simran’. A local driver, who was behind the wheels with Kangana and rest of the crew on board, suddenly felt sick which led to the unfortunate accident.

“A local driver was behind the wheel and was driving in the leftmost lane (meant for fast-moving traffic) on highway 381. Suddenly, he started coughing profusely and then blacked out while on the move. Everyone was scared at that point. But luckily, none of them got hurt. Kangana had a few minor scratches on her elbows and her forehead that bled a little, but nothing major happened. Similarly, Kangana’s team members also suffered a few minor injuries,” informed a source to a leading daily.

The entire crew was sent to a nearby hospital to ensure none of them have suffered any internal injuries. Despite the horrific accident and their ‘miraculous escape’, the ‘Queen’ star refused to take a break and reported to work the very next day.

‘Simran’ producer Shailesh R Singh told the daily: “It was a narrow escape. It’s a miracle that they had no injuries. Kangana is a brave girl. She refused to take a break and has resumed the shoot.”

Ranaut has been in the news for her ongoing legal tussle with Hrithik Roshan which is believed to get messier as the ‘Mohenjo Daro’ star is gearing up for a bigger brawl with her.

Kangana will next be seen in Vishal Bharadwaj’s period drama ‘Rangoon’ alongside Saif Ali Khan and Shahid Kapoor.

Priyanka Chopra yells at me a lot: Ranveer Singh