Skip to content
You are here
Home > Entertainment > I was impressed by Sonakshi’s comfort level with action scenes: John Abraham

In the second instalment of ‘Force’, John and Sonakshi will be seen doing some heavy duty daredevil scenes. 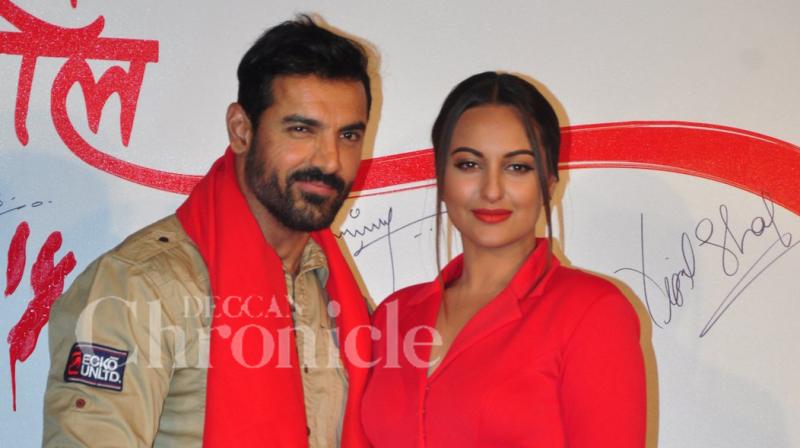 Mumbai: Bollywood actor John Abraham said he was initially apprehensive about telling his co star Sonakshi Sinha to do action sequences in their upcoming film ‘Force 2’.

In the second instalment of ‘Force’, an action drama, John and Sonakshi will be seen doing some heavy duty daredevil scenes.

“There was a scene where  Sonakshi and I had to jump…and it was just second day of shoot. I was thinking…should I tell her we have to jump…I was actually worried thinking what if she calls her dad (Shatrughan Sinha),” he told reporters here at the song launch event of ‘Force 2’.

“She was like OK. Then I felt she was comfortable doing action sequences. It felt great to see her do action,” he said.

The 43-year-old actor said he gets impressed when he sees actresses doing action.

“There is not enough action for heroines in films. We usually like to see them dancing most of the time,” he said.

John said it was Abhinay’s idea to give the actor’s voiceover for the anthem song of ‘Force 2’.

‘Lal Rang’ salutes India’s unsung martyrs and for the first time ever John has lent his voice to a track.

“I had tears in my eyes while singing it. I also had anger while doing the song. It was a voice over but the experience was fantastic,” John said.

King of romance SRK, Queen of hearts Aish and Prince Charming Ranbir in one frame!