Skip to content
You are here
Home > Entertainment > It’s a great time to be a woman in B-town: Sonakshi Sinha

With a myriad of versatile roles coming to her, Sonakshi Sinha feels that B’wood is witnessing a big change. 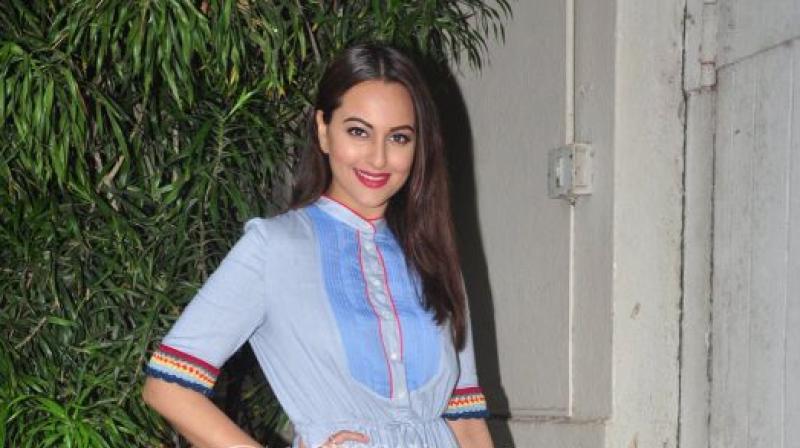 With her choice of progressive roles — be it in the recent Akira, a RAW agent in Force 2 or the journalist she plays in Noor, Sonakshi Sinha has been impressing audiences and critics alike and she feels it is a great time to be a woman in the industry.

“A lot of wonderful roles are being made keeping a female protagonist in mind and the entire film is driven by them. I would call it a movement. For me, it’s been a wonderful experience portraying these strong characters,” says Sonakshi adding, “I am very instinctive while choosing roles. I have to connect with it right from the narration. If it makes me laugh, cry, moves me and makes me wonder what’s going to happen next, I say yes to it. If I feel like if I have to think about it before coming to a decision, I know that I won’t be taking it up. Of course, the entire package (including cast and crew) matters too.”

Movies with female protagonists like Piku, Queen and Pink manage to impress the audience, but they don’t grab the eyeballs or get an opening like a movie with Salman Khan or Shah Rukh Khan would.

“I think it is a beginning. Earlier, such movies weren’t even made. It is something new for the audience too. Once they start accepting it as a film, without considering it as women-centric or female-oriented, the change will come in… Do you call a movie with stars as a male-centric film? The change is happening gradually,” she adds.

Amidst all the chaos, Sonakshi says that she doesn’t let the profession get to her.
“I would rather not be anything else because I really love my job and I know how to balance it. I won’t get lost in stardom, get carried away by it or get pressurised. I exactly enjoy what I am doing. When I feel like I need some time off, I take it and I travel, chill at home, meet my friends and create that balance in life.”

Apart from acting and singing, Sonakshi loves to dance. But her stress-buster is painting. “I used to sketch since I was really young. But six months back, I bought a lot of paints, canvases and just went for it. It is really soothing — something that transports me to another world. I am a creative person and when I paint, all my thoughts just flow onto the canvas.”

Does she have friends from Bollywood, as the common misconception goes ‘nobody can be friends in tinseltown’. “In the industry, I have a great equation with everybody I have worked with so far. If I ever need them, I know that I can pick up my phone and call them and they will be there. Honestly, I can’t think of anyone who I have not gotten along with. However, my closest friends are the people I have grown up with — my friends from school and college.”

After doing a series of different roles, is there one dream role that she wishes to portray? “Right now, I am doing everything I ever wanted to do. So, I am in a very good space, professionally. I always believe that whatever is written for you will come to you. There are so many roles that went to three to four actresses before I took it up.”

In the city to walk the ramp for Rohit Gandhi and Rahul Khanna, Sonakshi looked lovely. But she calls her sense of style very laid back. “I have a very simple and laidback sense of style. For me, simplicity is important. So the only time I get to really dress up is for movies, events and shows like these.”

And for those who are waiting for more from Sonakshi after her hit single, Ishqoholic, the actress  would want to continue singing and will be releasing her next single this year.

Shah Rukh Khan to do a grand cameo in SS Rajamouli’s Baahubali 2?