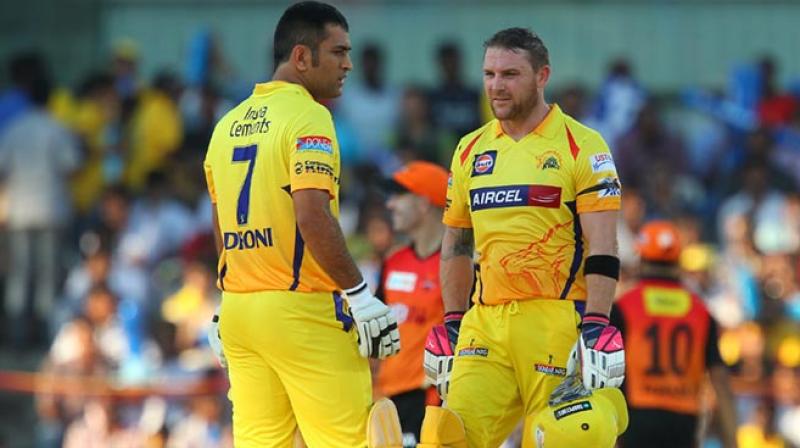 McCullum not only has had many on-field battles with Dhoni, he has spent lot of time with his Indian counterpart in the Chennai Super Kings dressing room.

Was McCullum surprised after Dhoni silenced his critics, at least for a while, by scoring a crucial 80-run knock at number four in the third ODI against New Zealand in Mohali?

“I am definitely not surprised. He is a terrific leader. I think now that he doesn’t play Tests and his focus is squarely on limited overs means he can have more impact in the game. That is why probably he has pushed himself up in the batting order. And he has delivered.

“That is what world class players do,” said McCullum, who is accompanying the New Zealand Prime Minister John Key on his four-day visit to India.

He also praised India’s batting star Virat Kohli, who is in the form of his life.

“Yeah, definitely he is among the current top three (batsmen). I think he has been for a number of years now. With what he does in Tests and one-day cricket, he also had a fantastic IPL this year as well.

“His ability to be consistent in what is quite an inconsistent game, is a mark of how world class he is. And he is just 27. I think we should just enjoy the fact that we have got one of the geniuses at work over the next few years,” said McCullum.

Considering that Kohli is amassing runs across formats, comparisons with Sachin Tendulkar are inevitable.

“I think we should just enjoy the guy who is at the top of his game and is entertaining crowds all around the world.

“I think comparisons are so difficult in this game, there are different conditions, different eras, different circumstances but we should not fail in recognising that we have got an incredibly good player who is operating on the world stage at the moment,” said the inspirational leader, who took New Zealand to their maiden World Cup final in 2015.

McCullum went on to say that it can only be good for the Indian team if Dhoni and Kohli bat together more often, just like they did in Mohali on Sunday.

“You have got two very experienced cricketers who are very calm under pressure and know to win games. Chasing scores is not easy and they understand the art of it. The other teams will hope that they don’t bat together too often but for India’s sake, you are enjoying the fact that two of your leaders are performing in pressure situations.”

The 35-year-old took the cricketing world by surprise by announcing his international retirement before the World T20 earlier this year, when he was still at the top of his game.

McCullum remains in shape as he has still not stopped playing competitive cricket in leagues all around the world. And yes, he is already to looking forward to next year’s IPL having recovered fully from a back surgery earlier this year.

Here today, for a change, McCullum was imparting his rugby knowledge to the kids along with members of the Delhi Rebels Rugby Club.

“It is definitely one of the challenges (to remain fit after international retirement) but you can overcome it if you stay physically fit, strong and motivated. I am still very much motivated. I am 35 years of age, I think I have still got three four years of competitive cricket left and hopefully I can perform.”