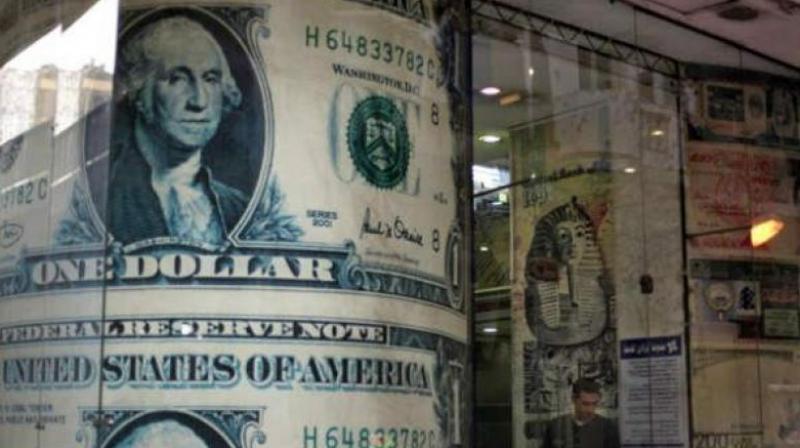 Tokyo: The dollar stood a top three months highs against the yen on Friday after enhanced prospects of a near-term US interest rate hike prompted a surge in Treasury yields, which also felt a strong pull from a jump in their British and euro zone peers.

Australian stocks fell 0.1 per cent while Japan’s Nikkei gained 0.6 per cent on a weaker yen.

The Dow shed 0.2 per cent and the S&P 500 lost 0.3 per cent on Thursday in a choppy session after the latest round of earnings reports, with a decline in the consumer discretionary sector and interest-rate sensitive stocks outweighing gains in healthcare names.

“Another fairly tepid lead from Wall Street provides Asia with little in the way of inspiration… however, look not to the S&P 500 and more towards the forex and fixed income market, because there is a strong story here,” wrote Chris Weston, chief market strategist at IG in Melbourne.

The dollar was firm at 105.215 yen, having gone above the 105 threshold for the first time since late July on the previous day when it rallied 0.8 per cent.

The greenback was boosted after upbeat US data including jobless claims, manufacturing activity and pending home sales, strengthened the case for the Federal Reserve tightening monetary policy by year-end and lifted Treasury yields.

The benchmark US 10-year yield climbed to a five-month high well above 1.8 per cent, with a strong pull also coming from surging British Gilt and German bund yields.

A sell-off in Gilts had led the way on Thursday as strong third quarter UK growth data doused expectations for monetary easing by the Bank of England. The German 10-year bund yield soared to its highest since late May on Thursday.

The euro was flat at $1.0897, with the downturn versus the dollar not as sharp compared to the Japanese yen thanks to the big rise in euro zone debt yields.

The dollar index was flat at 98.912 after rising about 0.2 per cent on Thursday. It was on track to gain about 0.3 per cent this week, during which it advanced to a nine-month peak.

The markets awaited the third quarter US gross domestic product data due later in the session after Thursday’s data enhanced the outlook for the world’s largest economy.

In commodities, crude oil dipped slightly after making strong gains the previous day, when commitments from Gulf OPEC members to cut production assuaged some lingering doubts in the market about cooperation from other producers.

CAD likely to stay below 1 per cent of GDP this year: DBS