Skip to content
You are here
Home > Entertainment > Watch: Sonakshi sizzles as she gyrates to Kaate Nahi Kat Te remixed for Force 2

The actress is hotness personified in the song, which also features a very impressionable John Abraham. 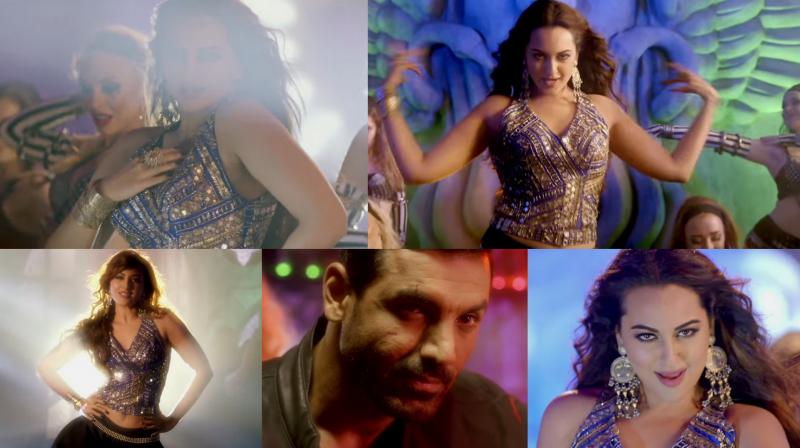 Mumbai: ‘Force 2’ might be an intense action thriller, but that doesn’t deny it the right to have a song and dance number. Especially if the star-cast includes someone as immensely watchable as Sonakshi Sinha.

The actress steps into Sridevi’s risky shoes, performing to a reinterpretation of the latter’s cult ‘Kaate Nahi Kat Te,’ from ‘Mr. India’.

The song, christened ‘O Jaaniya’ has been composed Gourov Roshin and crooned by Neha Kakkar, is a contemporised version of the song, set to crazily peppy beats and electronica.

And Sonakshi absolutely owns the gyrating seductress act, as is evident from the expressions of a very enamoured John Abraham, who also features in the song.

Sonakshi, who plays a RAW officer in the film, partners with John, who reprises his role from the prequel. John represents the Mumbai police and jointly with Sonakshi, is fresh on Tahir Raj Bhasin’s tail.

The film, helmed by Abhinay Deo, is scheduled to release on November 18.

‘Guardians Of The Galaxy 2’ Is The Baap Of Superhero Movies. We Are Not Kidding!

I was impressed by Sonakshi’s comfort level with action scenes: John Abraham