A Japanese government official, speaking before Trump clinched the election, urged the new president to send a reassuring message. 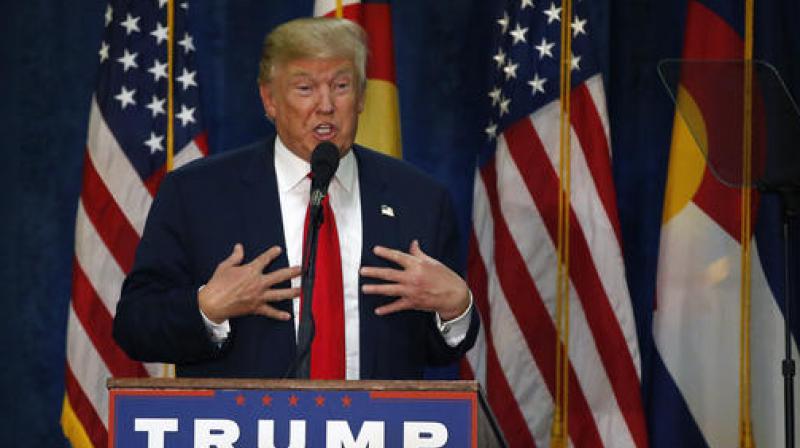 Republican Donald Trump’s victory in the US presidential election will deepen Asian allies’ anxiety about Washington’s commitment to post-war security arrangements in the face of a rising China and volatile North Korea, and could bolster calls from conservatives in Tokyo for a more robUSt defence policy.

Trump’s “America First” rhetoric and calls for allies to pay more of the cost for US troops in the region or face their possible withdrawal have worried officials in some Asian capitals. So has his opposition to a 12-nation pan-Pacific trade pact that was a linchpin of Washington’s “pivot” to the region.

But he added: “In any case, there should not be any wavering in the Korea-US military alliance, which has been the foundation of prosperity of this country.”

A Japanese government official, speaking before Trump clinched the election, urged the new president to send a reassuring message.

“The new president-elect should as soon as possible issue a statement reassuring the rest of the world that the strong commitment of the United States to its allies … remains strong and reliable,” said the official, who declined to be identified.

“We are certainly concerned about the comments (Trump) has made to date about the alliance and the US role in the Pacific, particularly Japan,” the Japanese official said, although he added Trump’s policies might not match his rhetoric.

Trump has made several comments that disturbed Washington’s Asian allies, from insisting they must foot more of the two-way defence bill to suggesting it might be alright for Tokyo and Seoul develop nuclear arms capability.

In an article criticising US President Barack Obama’s “pivot” to Asia as “talking loudly but carrying a small stick” two Trump advisors said he would beef up the US Navy while asserting it was “only fair” that Seoul and Tokyo pay more for defence.

“There is no question of Trump’s commitment to America’s Asian alliances as bedrocks of stability in the region,” wrote University of California professor Peter Navarro and Alexander Gray, a former advisor to US politician Randy Forbes, in the article, which appeared in the Nov. 7 edition of Foreign Policy.

The article also criticised the Obama administration for failing to halt China’s aggressive maritime activities in the East and South China Seas, where Beijing has territorial rows with several countries in the region.

Trump has called for more ships for the US Navy. The “mere initiation of the Trump naval program will reassure our allies that the United States remains committed in the long term to its traditional role as guarantor of the liberal order in Asia”, the authors said.

Trump’s approach to the North Asia security alliances could spark calls in Japan for a more independent security stance, although serioUS talk of acquiring nuclear weapons is unlikely to emerge in the only nation to suffer atomic bombings.

“I think they will have more legitimacy,” said a Japanese diplomat, referring to those seeking a more robUSt security stance. “But the Japanese public is reluctant to go in that direction and we don’t have the capacity in terms of budget or (military) personnel.”

That has implications not only for trade, but security, since Washington and Tokyo had seen the TPP as way of creating a new regional rule-based architecture to counter China.

“TPP was not jUSt a trade deal, it was the United States and Japan, together … these countries with shared values would create an advanced regional order with not jUSt economic, but diplomatic and security implications,” said Toshihiro Nakayama, a professor at Keio University in Tokyo.

“It was a symbol of America being committed to the region.”

Singapore-based security expert Tim Huxley warned of a period of potentially destabilising uncertainty ahead as the region waits for clearer strategic signs of precisely what a Trump presidency would mean for Asia.

“Unless Trump speaks reassuringly and soothingly about the continued US presence and commitment to the region, I won’t be surprised to see long-held doubts awoken in the minds of many Asian leaders about the durability of the traditional US role,” he said.

Policy-makers expect it will take considerable time for Trump to work out personnel appointments and get down to policy formation. Divisive US politics could also slow things down. That could mean a worrisome vacuum, but also suggests no quick, dramatic changes are in store.

“It will take about half a year for Mr. Trump to firm up his foreign policies. He only has a transition team of about 200 people and his first focUS will be domestic policy,” said Masashi Adachi, head of the Japanese ruling Liberal Democratic Party’s foreign policy panel.

“I don’t think there will be a big change in his stance toward Japan. He has said the Japan-US alliance is important. What he is talking about is details like increasing what Japan pays for US troops in Japan,” Adachi added.

PPF accounts to be closed, interest lowered to 4 per cent if you become NRI