The latest tragedy raises the death toll from migrant boat sinkings to over 340 people this week. 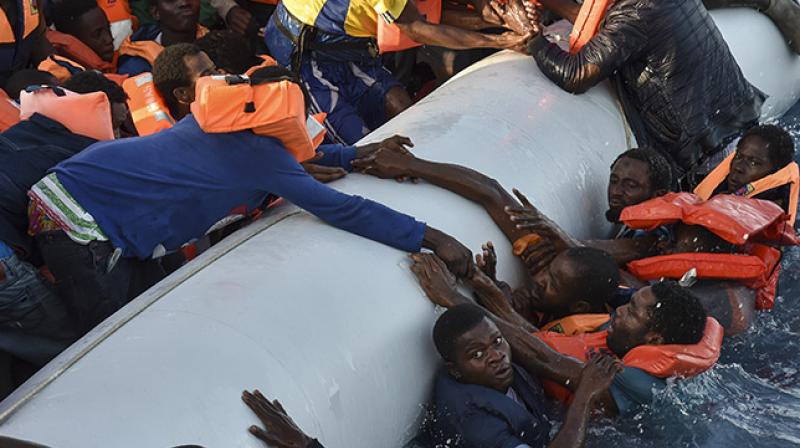 Rome, Italy: Around 100 people are missing feared drowned in the Mediterranean after a migrant dinghy capsized off Libya, Doctors Without Borders (MSF) said on Thursday, citing testimony from 27 survivors.

“The 27 men now on board the Argos were on board a boat carrying 130 people. They are the only survivors. This tragedy is just unbearable,” MSF said in a tweet. Along with the 27 survivors the Bourbon Argos ship also recovered seven bodies.

Loading...
Departures from Libya are continuing unabated despite worsening weather in the Mediterranean, with more than 3,200 people rescued from crowded and unseaworthy dinghies since Saturday.

The latest tragedy raises the death toll from migrant boat sinkings to over 340 people this week.

The Malta-based charity MOAS, which deploys two rescue boats in the area, said on Wednesday that the true toll is probably much higher “as it is highly likely that many boats sink without ever being reported”.

Over 167,000 people have been brought to safety in Italy since the start of the year, according to the interior ministry.

India must walk the talk with Asean: The Statesman columnist